We have developed, produced and supplied several umbilical winches / reels for a client. These winches / reels are used, in combination with another installation, to detect explosives in waters. The detected explosives are then dismantled by explosives experts and as a result, the waterways of the relevant waters are made safer.

The umbilical winch / reel makes it possible to wind and unwind cables and hoses over a large distance without the use of slip rings or rotating couplings. These are replaced by a twisterband. There are various options for powering the cable reel unit (electrical or hydraulic).

In these winches / reels, several hydraulic hoses and power and signal cables had to be installed to operate the clamshell. In the preliminary phase, it became clear that the clamshell is not positioned via a conductor, which could cause undefined forces on the energy chain. Because we have designed a system in which the hydraulic hoses and cables are bundled flexibly, the cable reel unit can be wound and unwound over a length of 15 metres without any difficulties (under constant/continuous torque). The produced umbilical winches / reels are powered by a hydraulic drive, but an electric drive is also possible for these units. 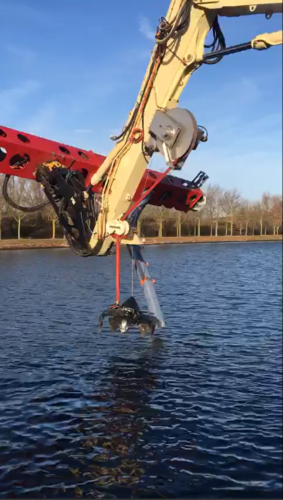 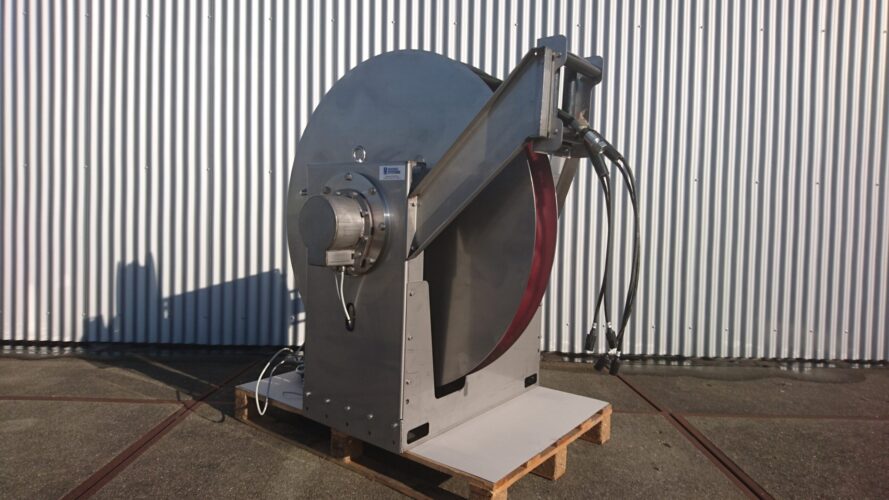 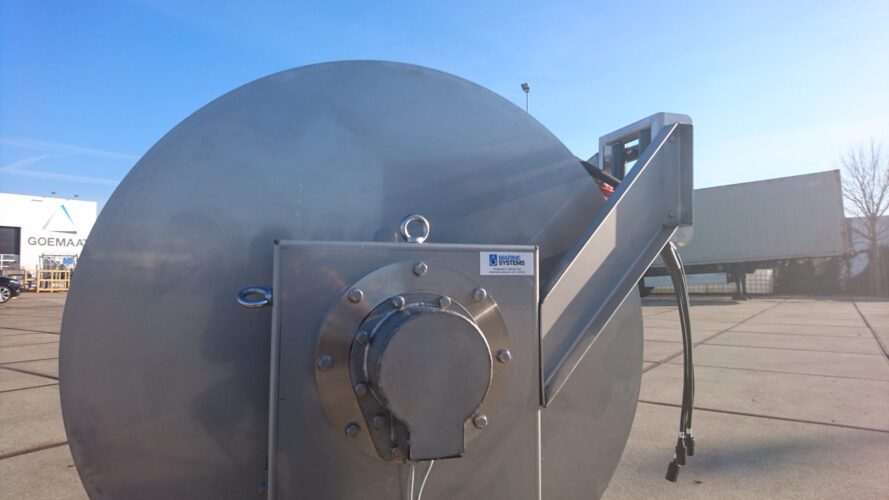 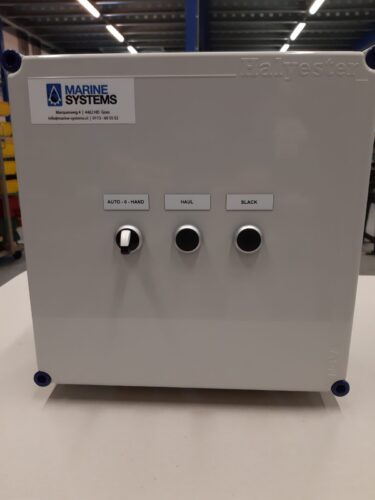 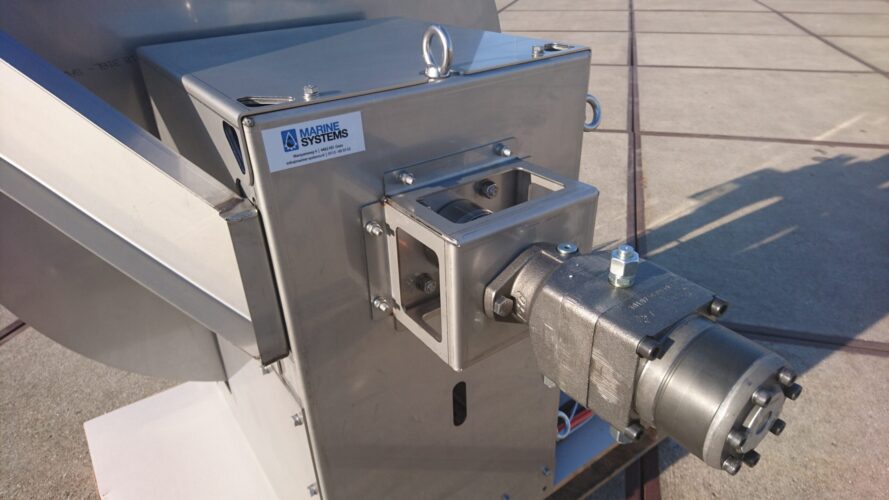 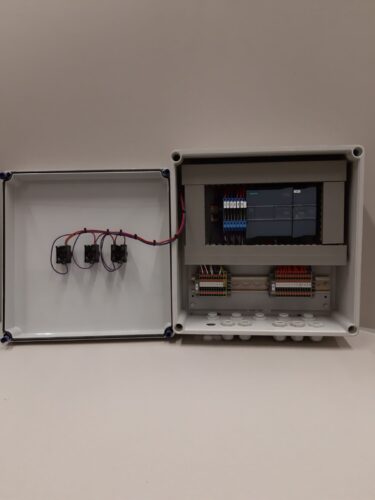 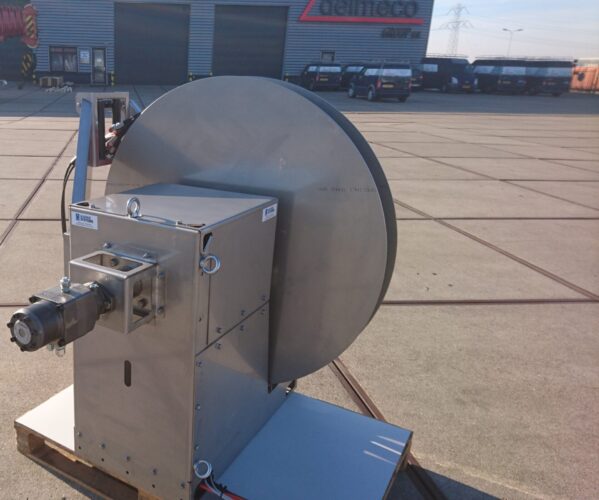